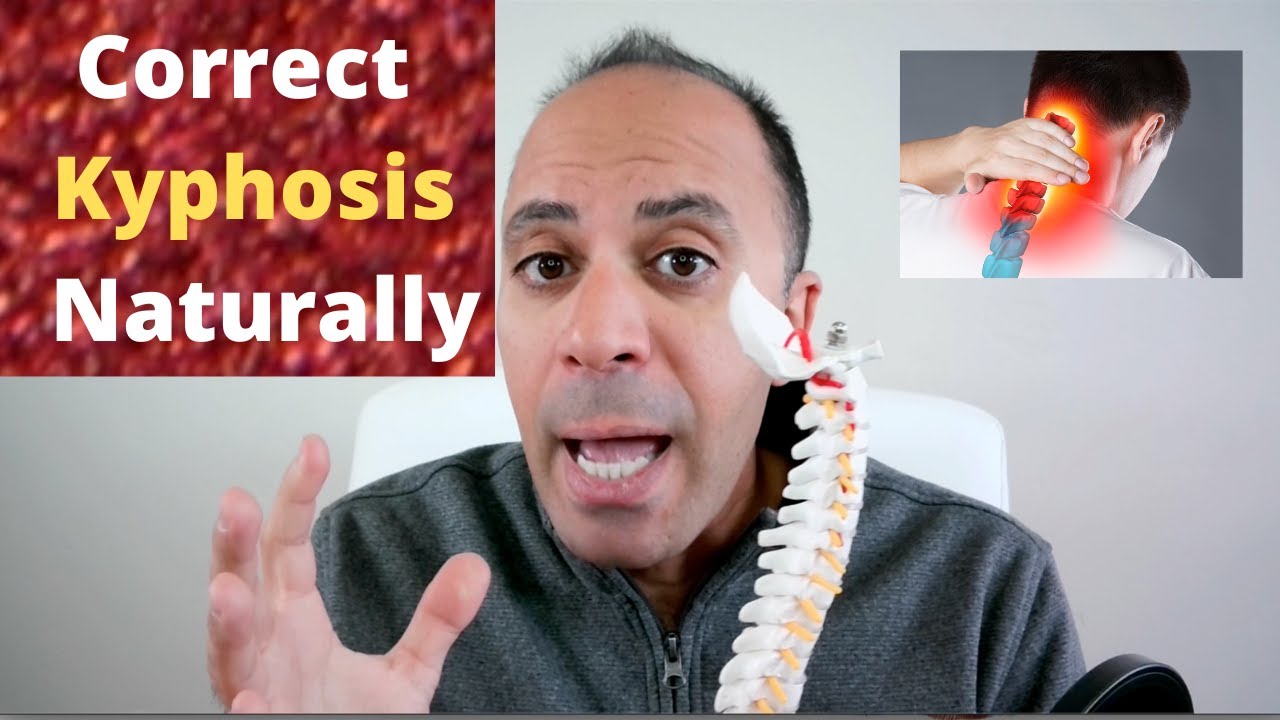 Kyphosis is described as increased forward curvature of the vertebral column, which can be observed along the sagittal plane. Excessive forward curvature is termed hyperkyphosis. Kyphosis may be a manifestation of degenerative changes occurring in the intervertebral discs. Excessive curvature contributes to the instability of the spine. The onset of this condition increases with the increase in age. The incidence of kyphosis is likely to increase in females, particularly during menopause. (1) The following sections describe the different types of kyphosis, the clinical presentation of kyphosis, and effective and ineffective treatments in the context of the normal healing cycle.

Individuals with kyphosis may present with symptoms listed below.

Following are the three different types of kyphosis. Other causes of kyphosis may include spine-related injuries, slipped discs, malignancies, osteoporosis, an increase in age, and infections in the spine. (1)

Postural kyphosis occurs predominantly in female adolescents. Slouching posture elevates the degree of the forward curvature which leads to the stretching and subsequent weakening of posterior ligaments and extensor muscles. Individuals with postural kyphosis have a normal structure of the spine. This type of kyphosis is benign in most cases.

Scheuermann’s kyphosis or juvenile kyphosis is described as structural deformation of thoracic or thoracolumbar vertebrae, arising prior to the onset of puberty. This type of kyphosis may be hereditary as it occurs in monozygotic twins. Juvenile kyphosis is a manifestation of non-uniform ossification and mineralization of the endplates of vertebrae during growth and development.

The normal healing cycle consists of three key phases that are the inflammatory phase, the proliferation phase, and the maturation or the resolution phase. Prior to the description of effective therapeutic strategies for the management and treatment of kyphosis, it is important to understand the mechanisms of each phase of the healing cycle which are described as follows.

The healing cycle initiates with the inflammation phase. This phase is characterized by the recruitment of the inflammatory cells at the site of injury driven by injurious stimuli. These cells release cytokines and inflammatory mediators, which in turn cause the infiltration of immune cells at the site of injury. Inflammation is marked by cardinal signs that include redness, loss of sensation, swelling, warmth, and pain. In chronic conditions, inflammation persists for a relatively longer duration.

The healing cycle then progresses to the proliferation stage. This stage is characterized by re-epithelization, collagen deposition, extracellular matrix synthesis, and the formation of new blood vessels a process called angiogenesis. In chronic conditions, the proliferation stage fails to resolve and gives rise to muscle trigger points, fascia restrictions, muscle spasms, and the formation of excessive scar tissue.

Certain treatments of kyphosis that are commonly utilized at homes and clinics are not only ineffective for the treatment of kyphosis but may also exacerbate the condition. The ineffective therapeutic strategies are listed as follows.